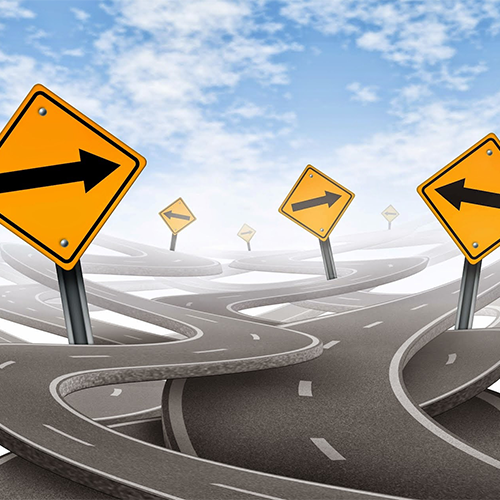 Frequently, there are two sides when there is controversy over beliefs: The Critics, who have the complaint or objection over the belief system, and The Apologists who defend the beliefs against the evidence or argument presented. If one assumed the Mormon church is God’s true church, one would think the Apologetics would be simple, open, and convincing. Instead, church Apologists are masters of spin, misdirection, and sometimes blatant deceit.

Why should the issues need to be spun at all? Why try to minimize them to mitigate their impact? Isn’t the church all about being true? As I encountered each of the issues in critical books and websites, I would frequently go to official church sources, and to the church-endorsed Apologetic organizations to see if they could help me make some sense out of the craziness I seemed to be reading. My expectation was that these people would be able to combat each of the issues effectively by either showing that the situation at hand did not happen (like it was just a bunch of anti-Mormon lies), or that there was a reasonable explanation for why it had happened.

I desperately wanted there to be soothing answers to the questions spinning around in my head. I wanted the answers to make some sense out of how so much about Joseph had been hidden, and how so much of it seemed so very wrong.

I did not find anything of the sort from the Apologetic sites and authors. What I got from the Apologists was not sufficient at all. Their responses often started with something to the effect of “Issue? What issue?” and then when confronted with some evidence…….

They admitted that it had happened.

Then they proceeded to try and spin a bunch of excuses about why it was no big deal, or why it did not matter, or why you were a bad person for even asking the questions. But the bottom line is that they admitted it.

Mormon Apologetics Crack Me Up

Written by Aaron as RedKoolAidMonster on Jun 1, 2010 on Further Light & Knowledge

Let me give you an absurd parable to illustrate the hilarious lengths that Apologists will take:

The Taught Doctrine: RedKoolAidMonster caused it to rain by being late for work.

The Critic: Someone being late for work does not cause rain. Rain is the condensation of atmospheric water vapor that forms into drops heavy enough to fall, often making it to the surface.

The Apologist: Well…. see when RKAM was running late, it meant that all the other traffic was ahead of him, so all their exhaust had already been vented into the air that he was driving through. RKAM’s motion through this carbon dioxide at his normal rate of speed, which was 41 miles per hour (which we can determine from Boyd K. Packer’s recent analysis in Conference of how Brigham Young’s sermon to the Nauvoo High Council meant that RKAM would have driven 41 miles per hour). When RKAM drove at 41 miles per hour through all that extra carbon dioxide, it caused more condensation. Didn’t you know that motion of a metal object through carbon dioxide at 41 miles per hour causes water condensation? Dr. Melvin J. Whatsis (renowned SCIENTIST) and Levi R. Snow (renowned SCIENTIST) had several theories about metal in motion at 41 miles per hour causing water condensation. I know that they are true from the manifestations of the Holy Spirit and because the Church TOLD me it was true. Never mind WHAT the rest of the world’s scientific community thinks. RKAM is a prophet and the LORD told us that prophets will never lead us astray or lie to us… or that if they DO, we should follow it anyway. AND HOW DARE YOU MALIGN THE CHURCH!!! You must be ANTI!!! You must have been offended, or you secretly want to SIN!!!! Look everyone, this is an APOSTATE!!! RUN!!!! RUN!!!!!

Response to Apologist: (after several moments of stunned silence) REALLY???!!!

I am here to tell you. Just the fact that these things happened is enough to shake a person’s faith. I went to the Apologists with sincere and troubling questions. What the Apologists answered back with was equally troubling:

The Apologist admissions were damning, and they often launched into ridiculous and overly complex explanations that strained credulity and reasonableness. The Apologetic responses were so weak, so inconsistent, so un-testable, so improvable, so intellectually immature, so nonsensical, that they played a huge part in making me continue to question. THIS is the best that they can come up with? THIS is what they use to try and combat the well-documented issues?

I cannot say any more strongly that the simple fact Joseph Smith did these things is extremely damaging to the church’s claims about Joseph being a prophet and restorer. How is this the behavior of a prophet? I raised my voice to heaven and begged god to help me understand and make sense of this. I asked god to re-confirm to me that Joseph was a prophet. But there was no response to my pleas. In fact, what I found very interesting was that I had an overwhelming warm feeling that I was right to be asking these questions. That I was right to be seeking the truth, and that the truth was exactly what I was learning. My hunger to learn more was unabated, and even increased. I needed more.

As I wrestled with the cognitive dissonance about Joseph’s vile and exploitative behavior, I began to process the information in a way that protected the rest of my beliefs. I began to re-frame Joseph as a flawed man through whom god had chosen to restore his true church. But honestly, this belief was a momentary flicker which did not last long. It made no sense to me that god would choose to do his work through such a sinful instrument (by Mormonism’s own standards).

My next progression was to think that perhaps Joseph was a fallen prophet. YES! That MUST be it. He must have had his First Vision, translated the Book of Mormon, and then sinned and like David of old, lost his prophetic power and was no longer an instrument in god’s hand.

Unfortunately, this belief did not last very long either. As I began digging deeper, I found that Joseph had a consistent pattern of lies and half-truths that impacted everything that Joseph had supposedly done. Digging around further, it was not long before I discovered multiple and drastically conflicting versions of the so-called First Vision story, massive issues related to the historicity of the Book of Mormon, serious parallels between Mormon temple ceremony and the Mason ceremony of the day, and gobs of translation and contextual errors with the Mormon church scripture, the Book of Abraham.

An obvious pattern began to emerge for anything that Joseph Smith touched.

Little by little, day by day, my beliefs morphed and eventually, in the very back of my mind, softly, gently even, I began to entertain this question:

What if he was never a prophet at all?