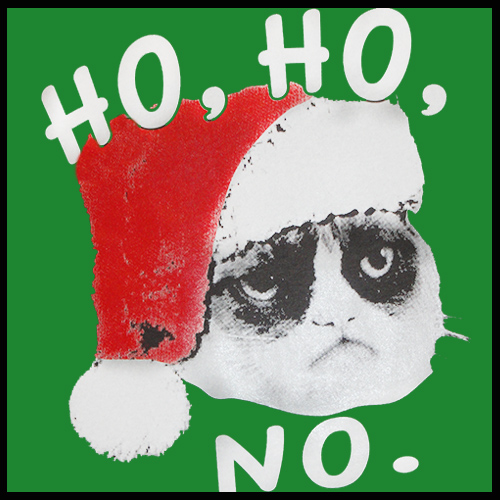 As a semi-militant atheist ex-mormon, I sometimes find myself having a two-sided internal dialog in response to the fire-hose-level of religious pictures and messages that saturate and eventually drown my Facebook & Twitter feeds.

On the one side, as a former Believer, I understand The Believer’s point of view, and in the case of mormonism, the pressure to broadcast that point of view across the Web for all the world to see. I have honest understanding and appreciation for their well wishes, and although I do not believe that Jesus existed (nor any kind of supreme being for that matter), I get that they are sending me what they think is a positive message. And truthfully part of me loves them for it.

On the other side, I believe that the whole Jesus story is a myth, with scant evidence that he even existed at all, let alone performed miracles and sacrificed himself as some kind of savior for the world. So while I can appreciate the Believer’s well wishes, in reality it is not unlike telling me that they hope The Faeries bless me, or that The Unicorns are the reason for the season.

With that kind of Janus-like argument going on in my head, I have found 6 coping mechanisms to help me survive Christmas:

1. Be Kind
When inundated with the endless display of religious messaging and pictures during the holidays, please remain calm. Do not spew a Regan-in-the-Exorcist level of religion-critical responses, because the reality is that a Believer is not going to change his or her mind about Jesus just because of a Facebook exchange.

This is exacerbated by the fact that people can just “click to share” any meme or message along in an instant. It is easy to get smothered by all the shared religion. Instead of reacting in a “Why are they sending this to me? They know I am an Atheist” manner, just understand that they are well-meaning. They are taking something that is meaningful for them, and wishing it for you.

I make a solid effort to be OK with that.

2. Be Clear
In my situation, it is entirely possible that some of my family and friends are unaware that I am an atheist now. They likely message me the churchy stuff thinking I am still in the same belief system. So when appropriate, I have responded with “Hey I appreciate you thinking of me. I am an atheist and not in the church anymore; I am not into religion in that way. But I am glad to have you in my life.” Most Believers are fine with that, but on occasion, the Believer has felt threatened that someone is not only an atheist, but absolutely willing to confront them with that fact.

Reactions varied from passive aggressive cold shoulder to a VERY aggressive argument that led to wild denunciations of me as a demon heretic, and me reciprocating with various descriptions of them as Lenny in “Of Mice and Men” who cannot comprehend most of reality and instead just wants to pet the soft things.

Neither description is wholly accurate nor fair, and certainly not conducive to maintaining a relationship. Which is why I suggest that you…

3. Set Boundaries
Look, the point here is that you (probably) love your family and friends and would like to figure out how to navigate these differences and be in each other’s lives. Sometimes setting an uneasy truce of “You don’t talk about your religion, and I won’t talk about my atheism” is a simple and enforceable boundary that nearly everyone can agree to. In my life, I have implemented this with my parents, and except for the occasional testimony drive-by, it has worked pretty well.

Of course since religion is frequently all-absorbing, a Believer’s life might literally be all about church and religion. In that case it seems reasonable for my peeps to be able to refer to those things in an antiseptic documentary kind of way. “I went to the temple this week” or “I performed in a religious musical exhibition” seems perfectly reasonable, and not at all bothersome. But if the preaching starts, or the judgmentalism starts, or the Us vs. Them starts, or the Jesus-hates-the-gay starts, or the Jesus-hates-immigrants starts, or Obama-is-the-Actual-Devil starts… then it is time to take stronger measures.

4. Hold Up a Mirror
Everyone deserves mutual respect. I have found that the single most effective way to illustrate a Believer’s uneven behavior is to describe it back to them. For example, I say: “Would you be comfortable if I sent you a message saying that religion is toxic and poisonous to everything around it?” The Believer almost always reacts with “Of course not. I would be offended. Don’t send that to me.” To which I simply respond, “If it would not be alright for ME to send YOU an anti-religious message, why is it alright for YOU to send ME a pro-religious one?”

Most Believers get it immediately, and this has almost always been effective for me. The Believer either starts to think about having a more mutually respectful relationship, or they are made so uncomfortable by the cognitive dissonance of being shown their own disrespectful behavior that they just keep silent on the matter.

5. Mute
There will always be those Believers who just don’t get it, and will continue to pimp out their religion no matter what you say. I usually let the first infraction slide. But if they keep it up, I mute them from my feed. Boom. Gone. For felonious repeat offenders, I unfortunately need to kick them to the Curb of the Unfriended. Life is too short to allow that kind of negativity in it.

6. Focus on Humanity, Not Religion
I try to make the holiday season about making life better for humans. I don’t need a religious creed to be kinder to people, to be more giving, more loving, more understanding. This is just what good people try to do to make life better for everyone around us.

To me, it is not about a 2000-year-old messiah story. It is about right here, right now. What can I do right this second to make someone else’s journey easier? And I don’t mean in an abstract “I’ll pray for you” kind of way, but an actual, tangible, life-changing way. Reach out to people as equals. Try not to assign a person value by how closely they stack up to your beliefs. Every person has intrinsic value and deserves mutual respect.