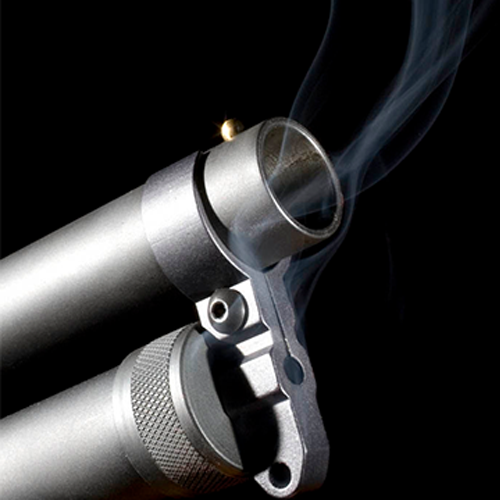 I could see that he was dead. I could smell the blend of copper, ozone, and blood in the air as I looked down at the lifeless form and the dual contrails of smoke floating lazily above Him. God was on fire. God was burning. My God. My Mormon God. And I had killed him.

I did not mean to kill him, of course.

Oh sure, I brought both barrels up, lined him up in the sights, made the obligatory ironic action-movie quip about “Where is your God now?”, and then gently pulled the trigger.

His baby shot him down. Bang. Bang.

But let’s not assume I did it willingly, any more than Beatrix Kiddo wanted to Kill Bill. It was something that had to be done, it was the righting of a series of wrongs, it was putting a stop to a dangerous and deadly foe. It was a horrible, visceral act for the greater good.

It took everything I had to kill him. Every molecule of strength and will within me. I set fire to every foundational belief I had. It damaged every family, friend, and work relationship as I sped down the rabbit-hole of outer and inner discovery. My life around me lay in fiery ruins. I had no shelter, no path, no refuge. I had damaged myself in the process. My mind was shattered, my voice silenced. I was no longer fit or viable for anyone, anything. I had collapsed spiritually, intellectually, and emotionally into, as Leslie Nielsen once described, a quivering wasted piece of Jelly.

You’ll share every discovery, every thought, every interaction. I’ll take you to the moment I knew I had to take him down. I’ll walk you through the mire of my deathmarch as I stalked him, coldly, carefully, calmly. I’ll show you how I trapped him, tangled him, targeted him.

Then you’ll see it. You’ll watch me kill the Mormon God. Watch me blow him solidly away with enough firepower to give him a good sear while still keeping him tender and juicy on the inside. And he smells delicious.