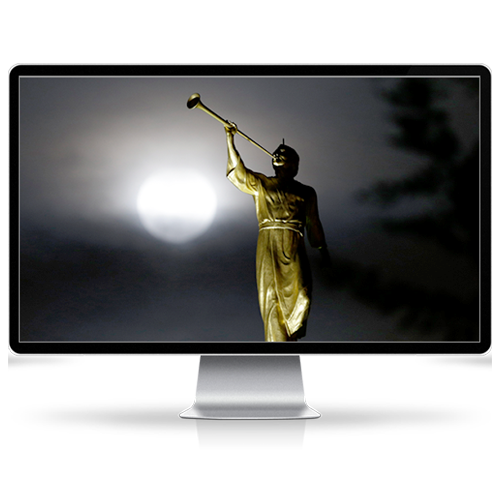 In 2009, I went to a movie with a friend and we were discussing an episode of HBO’s “Big Love” where portions of the super-secret Mormon temple endowment ceremony were reenacted. In the Mormon church, only members in good standing (who have of course paid their tithing to the church) could participate in the actual ceremony, so it being exposed in a popular television show was scandalous. I had not seen the episode back then. I would not fall in big love with “Big Love” until I was on my way out of the church much later.

As a still believing member of the church at the time, I was bothered by the airing of the episode, although my exposure to it was only what I had heard from family, friends and some people in our local congregation about how offensive it was.  I remarked, “Why can’t people just leave us alone? We are a bunch of good people, trying to be better people. Why do they have to attack us?” My friend was not a Mormon at the time and I remember him being understanding that I felt attacked, but suggested that it was legitimate commentary on Mormonism. Not long after, I searched online for information about the “Big Love” episode on the internet to see what the commotion was about.

For years, I heard rumors that the text of the temple endowment ceremony itself had been published in the Library of Congress, and was therefore available online. I decided to search for it. My intent in searching for it was curiosity, to find out if it was truly available or if that was just rumor. There are many rumors in the church, passed from person to person, usually in whispers. Some are provably false, some ambiguous, and others were just silly. For example, I had been told by multiple sources over the years that in the “basement” of The Vatican, they had a document that said, “The Church of Jesus Christ of Latter-day Saints is the name of the true church.” My curiosity was also fueled by wanting to research some changes to the endowment ceremony that I had been told about by my family and some other people when I was younger.

In 1991, I had been preparing to serve a full-time immersive church mission to Cleveland. Like one of those guys in the white shirts and black name tags on bikes. It is a true cult experience, where teens are isolated for up to two years from family and friends, with minimal contact. They are sent to other states and countries as part of a “mission” workforce, with other unsuspecting teens. Every aspect of a missionary’s life is strictly controlled, including a constant “companion” missionary who is required to be with you at all times. Your clothes, grooming, money, food, sleep schedule, travel limitations are all carefully defined, controlled, and enforced upon missionaries. You cannot listen to popular music, watch TV or movies. Until recently you could not even call your mom except on Mothers Day and Christmas. All other calls home were forbidden. Missions are a culture of extreme isolation, conformity, allegiance, and oppressive thought control. Absolute obedience is expected, and an ocean of fellow missionaries are taught and encouraged to accuse and inform on others. Isolation, indoctrination, and control.

Just prior to my mission, I had gone through the temple endowment ceremony for the first time. You watch a movie, you chant in unison, you dress in funny clothes. It is not unlike “The Rocky Horror Picture Show”. In the final “celestial” room, which is supposed to simulate Heaven, some people had asked me what I thought and how I felt. In my mind, while I thought that the experience was sort of positive as a rite-of-passage, I had thoughts like, “I don’t understand why those rituals were very weird and pagan.” and “I don’t understand why parts of the ceremony made me feel bad, guilty, or unworthy.”

But those are not thoughts you can voice in Mormonism, especially not about what is the pinnacle of Mormonism, and especially not in the most holy and sacred celestial room in front of all your family. So instead, I evasively said, “It is a lot to take in, but it makes sense.”

I also wondered why the temple ceremony would change at all. Wasn’t it restored directly by god through the divinely guided prophet, Joseph Smith? Why would there need to be any changes? And what was so bad about the previous ceremony that removing them improved it so much? I put those questions on my personal “shelf” and just shoved them to the back of my mind. I had a mission to do.

Once while on my mission in Cleveland, one of the administrating Elders of the Newel K. Whitney store (a church historical site), a renowned, respected, and published church history scholar had told me that what been removed were something called “penalties”, where you pantomimed slashing yourself, the singing of a Protestant hymn, and parts that included a minister.

Again, I wondered why the changes were made.

This was also the guy who told me that Jesus was conceived by actual sexual intercourse, and proceeded to back it up by showing me several quotes by early church leaders. I was of course very interested to think that the church had a “secret” doctrine that was only known and taught by some members. It felt like I was in an inner circle, “in the know” by learning about this deep doctrine. It made lots of sense to me, and thought it would make lots of sense to others. During a discussion one night with a non-attending member of the church and her Muslim boyfriend, I was asked how Jesus was conceived, to which I matter-of-factually (and probably a bit arrogantly) replied, “God came down, had sex with Mary, and she got pregnant.”

A hell storm erupted. I was unprepared for how vehemently the former catholic member would react to the suggestion that The Virgin Mary was not only not a virgin, but that she had gotten hot and heavy with God. I was very confused by their reaction and showed them the quotes by early church leaders. She was angry and disgusted, and her Muslim boyfriend (not sure why, since The Virgin Mary is a catholic Christianity teaching and not an Islamic teaching) threatened me until I left.

The next day I received a phone call from the Stake President (a regional leader) of the area in which I was serving, and another call from the president of my mission. They both reamed me out good for saying that “sex” had occurred. With both, I countered with the name of the church-published scholar who told me and read them the quotes from early church leaders. They both angrily denied that it was ever taught, said that it was by “Immaculate Conception” (a common misuse of the term which specifically refers to Mary being free from original sin since her birth, not anything about how Jesus was conceived). They both insisted that I never speak about it again.

The Stake President asked me to call the member and apologize, which I did, partially retracting what I said by telling her “We don’t know how Jesus was conceived.” When I later asked my father about it, he said he had no problem thinking that god pointed a finger at Mary and made her pregnant. That seemed a little like something out of a Greek myth, but I tucked that one away too.

I was very confused by how they all reacted to it. I felt like I had some pretty good backup – the direct teachings of prophets. So, I was baffled why everyone freaked out. It made them uncomfortable, sure, but why react so viscerally to it? I did not know the answer, but it troubled me.

What I took away from this situation in Cleveland was: The temple ceremony had changed dramatically, and early church leaders taught things that modern members denied or dismissed. I was having a fair amount of cognitive dissonance over all of it.

So, when I started looking up the temple ceremony on the Web, it was the spark that ignited everything.