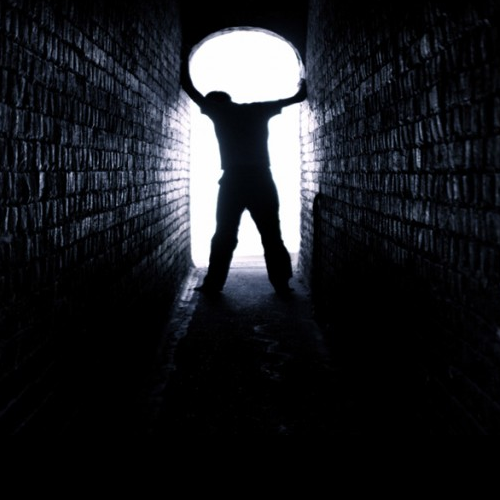 I thought to myself that most members of the church would frown on me looking up the secret temple ceremony online. “It is sacred!” they would say. And at that time, I would have agreed that it was a holy ceremony. Yet I felt that as an active member of the church, who was authorized by my ecclesiastical authority to visit the temple, I had every right to look at my own sacred ceremony – more right than the non-member Joe Blow who could read it at his leisure off of hundreds of web sites. Why should it be hidden from me – someone in the Mormon covenant? I typed into Google: “LDS temple endowment ceremony” and looked at the search results. I popped the first dozen references into new tabs and started to look at them one by one.

One of the first web sites was dedicated to showing the dozens and dozens of changes to the temple ceremonies since their introduction in the early 1800s. I was amazed not only by the amount of changes, but also by how so very different the ceremony was from then until now. I was keenly interested in those changes that had been made in 1990 just prior to my entry into the temple. No one in the church would talk to me about them, not even in the celestial room. But here it was all laid out in explicit detail for the entire world to read.

I had a hardcore moment of cognitive dissonance. Why did the ceremony change so much? Wasn’t it restored by God to Joseph Smith? Why take so many things out of the ceremony? Weren’t they sacred and necessary for our salvation? Were they necessary for the people who went through the ceremony the day before they were removed? What made them suddenly unnecessary? Why did church members for over 100 years need things like the penalties, but suddenly not after 1990?

And what about the minister? His dialog was setup to literally bash every other Christian religion around. They even sang a non-Mormon Christian hymn at the behest of the minister who in the temple ceremony spoke to, was in league with, and paid for his services by Satan himself. As a Mormon youth, I had certainly been aware of rampant catholic bashing. Growing up, we had an early edition of famous church leader, Bruce McConkie’s “Mormon Doctrine” on our bookshelf which was full of “The Catholic Church is the WHORE of BABYLON!” style rhetoric, so I was no stranger to the anti-every-other-religion-but-us mentality.

I had an entirely other attitude toward other religions.

Being raised in non-Mormon places like California and Pennsylvania, my friends had not been Mormons. Most of my friends throughout all my elementary school years were devout Catholics, so I had a basic understanding that although they had different beliefs and ceremonies, they were still great boys and girls to hang out with. Honest good people who never forced their religion, and were friends with anyone. So I was fairly pro-catholic. When we moved to Utah in the 7th grade, I was unprepared really for the anti-other-church sentiment that was so prevalent. There was this palpable “Us vs. Them” mentality that ran through so much of what I was taught in church and in the home.

I found Utah Mormonism to be so different than what I had been raised with prior to that. Mormonism was woven so tightly into every aspect of the culture and community. It was strange to see the full spectrum of Mormon beliefs so heavily blended into the everyday cultural mores. It was like there was no separation at all. In Pennsylvania, I had never experienced a Jack Mormon before – someone who claimed to believe in the church with their whole heart and soul, but did not really go to church or keep what I had been taught were sacrosanct commandments. Utah was full of this kind of Mormon. There was also this streak of Pharisaical judgmentalism that was everywhere. You cannot imagine the level of brow-beating, teasing, and ostracism I received simply for being raised in a Mormonism where drinking Diet Coke was not equated with shooting Black Tar Heroin into the tear ducts of babies. I was from a Mormonism that was not a social construct. I was from a Mormonism that was not elitist, not full of one-up-man-ship, not more concerned with how righteous you looked, but rather what was the state of your heart.

So I asked myself, why was there so much church bashing in what was supposed to be the pinnacle of Mormon worship, the temple endowment? There was no focus on Jesus hardly at all other than the occasional reference to nail prints and secret names. But the ceremony was laced with this concept: Other churches were of the devil. Period. End of story. Now you may say to yourself, “Well I don’t believe that,” and you and I would agree. But why was it in the temple ceremony at all? If it was there, doesn’t it mean that it was inspired? And if it was inspired, does that mean that God is really saying that Christian churches are in league with Satan? And if you are thinking, “Well, of course that part was not inspired. It was just in there because the leaders of the time were into church bashing. That is why it was taken out.” If that is your response, consider this…

If there was one thing in the temple ceremony that was not inspired, were there others? If the church bashing was in there only due to the weakness of men, what else is in there that is not inspired? Were the penalties inspired? Were they vital to the ceremony? Well certainly Joseph Smith thought so, since he put them in there, and he said that the endowment would never change. To do so would be an abomination. Was he wrong? Was that just his opinion? Was he just “speaking as a man and not as a prophet” at that moment? And yet there are vast ways that the temple ceremony has changed. Were those changes wrong? Were they an abomination? A true believing Mormon friend of mine once said, “Well, that is the beauty of continuing revelation. That is why it is so important to have a prophet.”

To that I respond like this: Imagine that you had a calculator that was accurate 90% of the time, but that 10% of the time, you knew that it would give you the wrong answer. You would never know when the calculator was wrong; it would just sometimes give the wrong answer. How confident would you feel in that calculator? Would you mistrust it all the time knowing that every time it gave you an answer it might be dead wrong? Would you find yourself mentally checking its response to see if it was correct? Would you even carry a second calculator to check the math of the first? If you no longer trusted the calculator, how frequently would you use it? (see Mormon Expression podcast “14 Fundamentals of Following a Prophet” Part 1 Part 2)

If you look at so many changes in the LDS doctrine, you really see this concept take shape. For decades, Brigham Young taught that Adam was God. And for those of you Mormons whose hackles just went up, just look it up, will you? It is a fact that the church admits. He even had it taught in the lecture at the veil in the temple, which is a pivotal moment when you are about to symbolically enter Heaven. He said it over the pulpit at the semi-annual General Conference; he said it in the Journal of Discourses.

“Now hear it, O inhabitants of the earth, Jew and Gentile, Saint and sinner! When our father Adam came into the garden of Eden, he came into it with a celestial body, and brought Eve, one of his wives, with him. He helped to make and organize this world. He is MICHAEL, the Archangel, the ANCIENT OF DAYS! about whom holy men have written and spoken – He is our FATHER and our GOD, and the only God with whom WE have to do. Every man upon the earth, professing Christians or non-professing, must hear it, and will know it sooner or later!… Jesus, our elder brother, was begotten in the flesh by the same character who was in the Garden of Eden, and who is out Father in Heaven. Now, let all who may hear these doctrines, pause before they make light of them , or treat them with indifference, for they will prove their salvation or damnation.” – Prophet Brigham Young, Journal of Discourses, v. 1, p. 50-51 online.

I think any Mormon alive today would consider anything taught in the temple and over the pulpit at general conference to be hard doctrine. In fact, we had been trained since birth that any word out of the mouths of the leaders of the church was straight from God. If current LDS church prophet Russell Nelson got up in the next Mormon semi-annual conference and said “from now on, temple clothes will be blue to symbolize the purity of water, like the purity of our souls.” And what if he then had a sermon taught at the veil about the power of the sky and water. How many Mormons would consider it not only to be doctrinal, but would even describe it as revelation and a miracle?

So, when the membership of the church heard Brigham Young teaching that Adam was God in the temple and in sermons, don’t you think that THEY considered it doctrine? So, which is it? Is it doctrine? If so, why was the lecture about it later removed from the temple? If so, why does the church not teach it now? If so, why does the church go out of its way to hide that Brigham taught that. Even stalwarts like McConkie said it was heresy and anyone who taught the concept would be damned. Since there is vast evidence that Brigham Young DID teach it, does that mean he is damned? Does that make the modern church in apostasy?

And if it was NOT doctrinal, why did Brigham teach it as if it were? Was he just “speaking as a man”? If so, why was it taught in the temple? Why were the salvations of generations of Mormons pinned on that doctrine if it were not true? Where was God and his promise to remove prophets before they lead the people astray?

And let me ask you this…. If there are things taught in the past that have been changed, discarded, or overturned (like in the case of church racism against African Americans for 150 years, for example), what things are being taught by the church right this very minute that are not doctrinal, that are there because someone is speaking as a man, that will later be changed as so many things in the church have been?

Is there any case where you as a member of the church can say that you think the prophet is wrong, deluded, speaking as a man, or even leading the church astray? Think about that one, my friends. It will take you down some surprising paths, as it did for me.

Exmo: How I Killed the Mormon God, Chapter 3: Starting on a Path | ©2017 Aaron Case. All Rights Reserved.