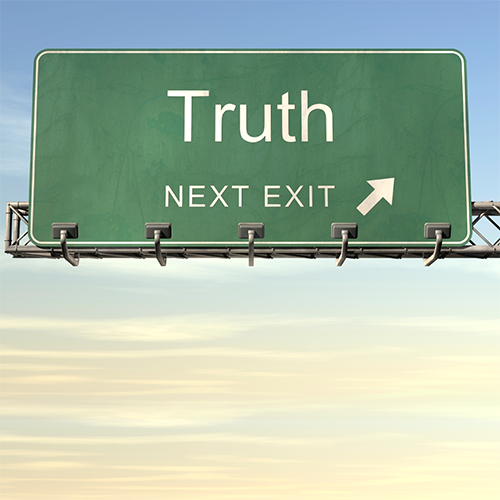 I clicked link within link within link to dozens of sites about the temple ceremony. I was hungry for information about what had been removed and what was hidden. At one point, I hit a website that illustrated how the temple ceremony as it was practiced in Nauvoo, IL was tied inexorably to polygamy and the secret marriages that were performed and covered up during that time period.

Along the right-hand sidebar of that website was a picture of early Mormon church leaders in black and white striped prisoner clothing in a state of incarceration for their involvement in polygamy. Under that picture was a link to the website MormonThink.com.

I think back to that moment. The link was bland and innocuous, no animated GIFs of playing kittens or a disco-dancing Spiderman. I almost did not notice it, my glance resting on it briefly, pausing just a hint of a moment, almost fluttering away. But then my full attention snapped like a gunshot onto that image and that link, and in an instant that would forever change nearly every aspect of my life, I clicked over to MormonThink.

It landed in the middle of an article about polygamy and its vast practice among church members, specifically the prophets and apostles during the time period AFTER the so-called “Manifesto” was issued in which the church formally rejected polygamy in order to gain their Utah statehood. Yet here was information in plain black and white that proved that there was significant polygamy still going on well after the Manifesto had been issued (and its sequel declaration later that also failed to stop the polygamy that was going on). I thought to myself, “I better read this whole article,” and quickly scrolled to the top of the page where I saw how the site presented itself.

Firstly, I saw that the site was created and managed by a group of current and former members of the Mormon church who wanted to discuss issues in an open and critical forum. This was very interesting and confusing to me. Surely this must have been some anti-Mormon website written by rabid apostates who dressed up in temple clothes to picket at the Mormon General Conference? But no, it was put together by normal, respectful people who were interested in presenting both the critic’s claim, and the church apologist’s response. I was beyond intrigued.

Secondly — and most importantly — every claim, critique, and response on the site was referenced and footnoted so that I could drill into the primary source information. In other words, they did not expect me to take their word for it. They gave me all the tools necessary to review the primary source material myself and make my own judgment. This was extremely important to me, because it allowed me to do my own research and reach my own conclusions.

The articles on MormonThink started with a section about “Member Beliefs” which described very accurately the teaching and doctrine I had been raised with. I often hear apologists for the church say something to the effect of “What you were taught is not real doctrine, it was just folklore.” They make this argument to try and minimize the impact of realizing that the excuses the apologists are spinning in many cases undermine church doctrine as it is taught over the pulpit and in the manuals today.

If they can minimize the issue itself and make it somehow a flaw within you – “the church never taught that and you just misunderstood” – it is easier to get you to stop looking at the issues and step back in line. They also use this argument to try to wash away former established doctrine as if it never happened (such as the aforementioned Adam is God doctrine). I considered what was in the manuals, or in the scriptures, or taught over the pulpit, or voiced by the apostles and prophets to be doctrine. In fact, I think that is the actual definition of doctrine. Certainly, growing up, we were taught that things like manuals, church magazines, conference talks, books by prophets and apostles were to be considered like scripture. After all, wasn’t that what having living prophets was all about? Continuing revelation direct from god?

The next section in the articles was dedicated to the critic response, often entitled “What You May Not Know” or “Problem Summary”. This section detailed the specific issues with the teaching or doctrine that you may not have known. The critical responses were written clearly and respectfully. These sections were shockingly revealing. They identified and detailed issues of which I had been completely unaware – all referenced to their primary sources. And let me tell you… these critiques were truly damning to the church’s truth claims.

The next section of the articles was dedicated to the church’s response to the issues. Or more accurately, the apologist organizations’ responses to the issues. In the last few years, the church has posted a few anemic apologetic essays on their website, but they only offer a few weak responses to a limited number of issues. The essays are not easy to find on the site, and sometimes you have to click links within an essay to get to the more damaging essays.

In many cases, the church has made no response and sometimes does not even acknowledge that they are aware of the issues. Don’t believe me? Look on the LDS.org website for Adam God Theory. You won’t find it. It is certainly not included in these new church essays. Yet it was taught as cold hard doctrine by Brigham Young for years. It was part of the temple ceremony! Church leaders will sometimes flat out deny that Brigham taught the doctrine at all, despite primary source evidence. You may even run across a few quotes here and there on other sites where a church leader actually DENOUNCES the theory, scripturally refutes it, and calls it a false doctrine.

What would happen if you stood up in Sunday School and denounced the teachings of Brigham Young?

Does any of that sound like the church is being open and honest about their history? That is not honesty. That is spinning something that makes the church look bad and trying to make it seem less bad. Though, saying it was never church doctrine it is flat out lying. The truth is that it was taught by a man who Mormons believe was a prophet, taught it as vital doctrine, and it remained in Mormon teachings throughout Brigham’s life.

Now you may be asking yourself, why am I harping on Adam God so much? It really wasn’t one of my big issues that eventually led me out of the church. It’s just an easy one to prove happened. I use it here and in the previous section to illustrate the point that there are lots of things in the church’s history that they want to hide.

The problem is… there is this new-fangled thing called The Internet that allows people at the click of a mouse to access gobs of information about church history that the church has previously been able to obscure and label with the thought-stopping moniker “Anti-Mormon”. But really the information is agnostic to Mormonism. The truth does not care if it supports or refutes the claims of Mormonism.

The truth is just the truth… let the consequence follow.

Exmo: How I Killed the Mormon God, Chapter 4: Starting to See the Truth | ©2017 Aaron Case. All Rights Reserved.