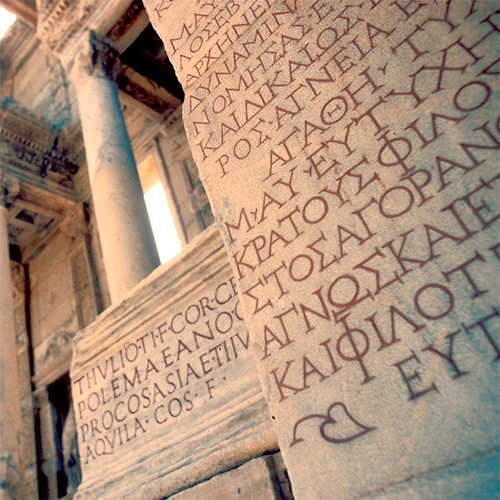 Discovering the truth about Native Americans definitively not being related to the ancient Jews was like yanking out one of the bottom cards in a giant house of cards. It made the Church’s foundational claims about the Book of Mormon being an ancient book extremely wobbly and unstable. I took a serious look at the text of the book, specifically at things that had never made sense to me.

For example, I had always been bothered by items mentioned in the text of the Book of Mormon that I knew from my study of history did not fit with what scientists had known about the area. Things that were invented or developed after the time being portrayed. These are called anachronisms, which simply means things that are “out of time” from when the text of the book was supposedly written.

In a linguistics lecture delivered by Richard Packham about anachronisms, he described a scenario about finding George Washington’s lost journal. At first it seemed genuine, but upon closer examination it contained references to objects and language the did not exist during Washington’s time, which called its authenticity into question. I will paraphrase it here:

Imagine that among your great-grandfather’s papers you found a manuscript that declared itself to be the journal of George Washington. What an amazing find to have the actual diary of the man! You began to read it found many things that were known to have happened, so it reinforced your belief that this might be a legitimate document. You also read many things that were not known, but could have happened, giving you no reason to doubt its legitimacy.

But then you hit a section that refers to Washington having received an urgent wire from one of his generals, and then taking the railroad train where he was met at the station.

To anyone even slightly aware of U.S. history, there was no telegraph during that time period, so there was no such thing as receiving a “wire” at that time. There were also, of course, no railroads or trains, nor stations. These inventions would not occur until the next century so why were they in Washington’s journal? Reading further you found a section that referred to the British army using a “5th Column” insurgency group. Given that the term “5th Column” was not invented until the Spanish-American war in 1898, about a hundred years after Washington’s time. How could this phrase show up in a document that was supposed to have been written in the late 1700s?

Anyone reading this document would quickly conclude that it was fraudulent. The existence of these anachronistic objects and phrases should remove any confidence that this was really Washington’s journal, but instead a rather clumsy attempt to pass itself off as one. I doubt hardly anyone would believe it was legitimate.

Applying the same level of criteria to the Book of Mormon, it was literally riddled with the mention of objects that did not exist at the time it was supposed to have been written. It was awash with words and phrases from languages that would not even exist until hundreds of years later. It contained hundreds of mistakes that only existed in books written in the 18th and 19th century that had been plagiarized into the Book of Mormon.

It also had significant grammatical errors in King James style English. I applied the same logic as I did with George Washington’s so-called journal. Here was the Book of Mormon, which was supposed to have been written/compiled between 2200BC and 400AD. And yet here were all these things mentioned that did not exist at the time period in question. Some of which had never existed in the Americas until Columbus arrived in 1492. What was I to make of that?

Technology, that simply did not exist during Book of Mormon times:

Flora & Fauna that did not exist in the pre-columbian Americas:

Linguistic, Languages, words, phrases that could not exist in the Book of Mormon:

Location Names Were Taken from Places Nearby

One of the key turning points in my research was discovering that many names of places and people referenced in the Book of Mormon, were places in New England during Joseph Smith’s exact time period. These facts are difficult to sweep under the carpet of “coincidence”. Some apologists attempt to discredit the similarities by claiming the location of a couple of the places is slightly off. Nice try, apologists. That’s like saying this car is not a Chevrolet because its parked in the wrong spot. The fact that the NAMES EXISTED is enough to raise a credible issue.

Remember that it only takes ONE anachronism to demonstrate that a book is fraudulent. Take another look at the previous list and draw your own conclusions.