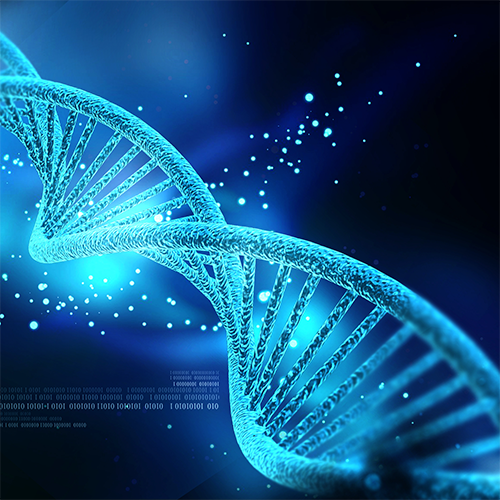 Thousands and thousands of Native Americans have had their DNA tested and not a single solitary one has come up with pre-Columbian Jewish markers. Not one. In fact, the DNA traces all the tribes back to a region of Eastern Asia whose inhabitants migrated to the Americas tens of thousands of years before the BoM supposedly took place. This has been confirmed over and over and over again, through both maternal and paternal lines. Both critics and the LDS Apologist community have had no choice but to admit that the DNA evidence does not support Jewish origin for Native Americans.

Don’t believe me? Please look it up and do your own research. It is right there in plain black and white. It is frankly hilarious to watch the Apologists scramble about this one, because they admit that the DNA evidence undermines 180 years of Church doctrine and prophetic teachings, but they have to somehow make it still work with the Church’s truth claims. So they end up making unsupportable and, in my opinion, desperate claims:

Jewish DNA got absorbed by other people living there (sometimes called “genetic drift” or “bottleneck”) so that is why there is no evidence.

So they are saying that Lehi and family got to the Americas, found other civilizations there (presumably folks like the Mayans or the Aztecs), and just joined with them. A small group getting swallowed up by the larger one, erasing all evidence of the former. Never mind that this completely contradicts the text of the Book of Mormon and 180 years of prophetic teachings. Never mind that the BoM claims to have filled the continents, and made vast cities by two civilizations that lasted for about a thousand years. You kind of have to kick all that to the curb to make this Apologist claim work.

In response, let me introduce you to the Lemba tribe in southern Africa. The people in the Lemba tribe are indistinguishable from any other African tribe of the region. They look and speak like other tribes around them, and their history in Africa goes back hundreds of years. Yet according to Lemba legend and oral tradition, they had descended from Jews who left Judea 2500 years prior. The Lembas had many beliefs and practices that were similar to Judean and Arabic customs such as the observation of Shabbat, animal sacrifice, forbidding the eating of pork, and the practice of circumcision.

DNA studies done in 1996, 2000 and 2011 proved conclusively that the Lembas were indeed genetically descended from the Jews. So here you have a tribe of people who separated from the Jews 2500 years prior and moved to Africa, where they met other established civilizations and joined them. A small group, being “absorbed” into a larger one, so much so that today they look African and their language has no relationship to Hebrew at all. Yet their DNA was easily traced back to its Jewish origin. It was a cakewalk.

So compare that to Native American DNA. If it were indeed descended from the Jews, there would be unmistakable evidence in the DNA. According to the Book of Mormon, their separation from Jerusalem was about a thousand years more recent than that of the Lemba migration. Yet they have not a peep of Jewish DNA in them.

Book of Mormon people lived in a small area and had a small genetic and social impact on surrounding civilizations so that is why there is no evidence.

To refute this one, all I have to do is point you to LDS scripture and the words of every prophet of the church since Joseph Smith.

The Doctrine and Covenants is a book of supposed revelations from God to Joseph Smith, and strewn all throughout are references to Lamanites. It contains verses with supposed Jesus saying to Joseph Smith, “Hey Joseph! See this group of Indians right over here? Those are Lamanites and you need to go teach them.” According to Mormon theology, the D&C is scripture and the words straight from God. That is God – right there – calling Native Americans Lamanites. Go look at the teachings of the prophets from Joseph Smith on down about the Book of Mormon and the impact of the Nephites and Lamanites on the land. It is conclusive that they teach that Native Americans filled the lands from coast to coast. You can even look at several recent South and Central American temple dedications where prophets and apostles today refer to the people in attendance as Lamanites, or Sons and Daughters of Lehi.

Joseph Smith clearly believed and taught that the Nephites and Lamanites filled the continents. He even told the story of a white Lamanite warrior named Zelph during Zion’s Camp which was a march of Mormon men from Ohio to Missouri. In Illinois, the group had found a mound in which they found some bones and an arrowhead. Joseph revealed that his name was Zelph, and he was a warrior and general who was known from “the Hill Cummorah or eastern sea to the Rocky Mountains” and who died 1500 years prior. How could someone be known across the entire North American continent and yet still have lived in a small area and had no impact?

Other early church leaders were just as insistent that the Nephites and Lamanites traveled extensively across the Americas. During the construction of the LDS temple in Manti, Utah, Brigham Young and said:

“Here is the spot where the prophet Moroni stood and dedicated this piece of land for a Temple site, and that is the reason why the location is made here, and we can’t move it from this spot; and if you and I are the only persons that come here at high noon today, we will dedicate this ground.” (Whitney 436)

William McBride, patriarch from the Richfield Utah Stake, spoke at a prayer meeting in St. George in January 1881. After recalling many experiences from the Nauvoo period and quoting the Prophet Joseph Smith on many issues, Patriarch McBride referred to the Route the old Nephites took traveling to Cumorah (which at this time meant in New York state, not the apologetic assertion that Cumorah somehow existed in both Central America AND New York state.) from the south and south west; of having to bury their tr[e]asures as they journeyed and finally burying the Records and precious things in the Hill Cumorah; of Moroni dedicating the Temple site of what we now call St. George, Nauvoo, Jackson Co., Kirtland, and others we know not of as yet. (Walker 2:525–26)

Consider that these early church leaders directly contradict assertions that Lehi’s descendants were isolated in a small area. Even when apologists claim that only Moroni traveled into the lone and dreary world, there would still have been hundreds of existing tribes and settlements of early Native Americans he’d have encountered. Yet not a word about them in his writings or abridgements.

The Nephite and Lamanite civilizations were described to have covered large areas of land, and thousands upon thousands of people were killed in the massive wars that were said to have occurred. It is unacceptable to simply say that they were a small group that had little impact. An apologist who claims that is denying prophetic declarations, the scriptures, and the very words of God (according to Mormonism). They are attempting to force a re-interpretation of the Book of Mormon that contradicts what the church leadership has taught for over 180 years.

God removed the Jewish DNA to test our faith.

I find it hard to take this one seriously, yet I hear it all the time. Why would God do that, you ask? Because of course as a good parent, that is what we all do for our children. I know that when our children were learning how to walk, all of us regularly threw cinder blocks, broken glass, and bees in their pathway. Because as parents, we all know that this is what will teach our children how to walk the best. And of course, we all made our children wear oven mitts on their hands when they were learning how to write. To test them, of course. Isn’t that what a good parent does? I remember my own parents pouring lime juice in my eyes, blindfolding me, and then duct-taping my hands to the steering wheel in the 12 o’clock and 6 o’clock positions to help me more effectively learn how to drive a car.

There is no decent parent alive who would purposely throw obstacles in the way of their child’s growth and learning. By that mentality, a parent might purposely burn their kid’s hand on a stove to teach them the lesson that burners are hot. Sure that may be an extreme example, but I find the idea that God purposely throws up obstacles in our path to test faith, that he purposely gives people trials and tribulations to be the same abhorrent idea.

As parents, if we could spare our own kids any amount of pain, we would. The reality is that life is sometimes painful and we are unfortunately unable to eliminate our kids’ pain. That’s life. But we would NEVER pile on and make it more painful than it has to be.

If your God purposely lies to you or hurts you, and you are OK with that, you may want to consider what kind of a God it is that you worship.

As far as DNA goes, let’s imagine that God did remove the Jewish DNA from Native Americans. Why would He just happen to change it to the exact eastern Asian DNA that fits all the other scientific evidence? That’s not just removing evidence, but planting misleading evidence in its place. Is this what we have come to accept in our Supreme Being? Is He some kind of Trickster God?

Exmo: How I Killed the Mormon God, Chapter 9: Native American DNS Is Not Jewish | ©2017 Aaron Case. All Rights Reserved.