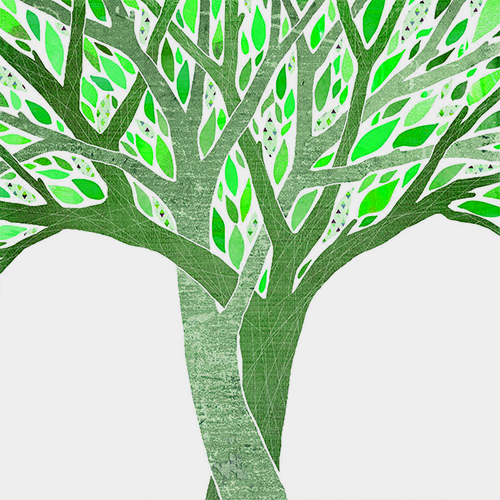 It has been 7 years since my escape from the mormon cult. I usually mark the occasion with copious amounts of hooch, and a snarky tweet.

But this year I thought I’d write a bit about my state of mind and where my thoughts are. For the like four of you who actually read my posts, I both thank you and apologize in advance.

I Love My Family to Pieces

Literally. I’ve hacked them up with a rusty coping saw and stacked them like cordwood on the patio. Winter is coming. (Rimshot)

The other day, Cindy and I were chilling over a Blue Moon and talking about how glad we are to be out of the mormon cult, but more importantly that we found our way out together! For so many people, the cost of leaving the cult is extremely high and painful.

The sacrifice these people have made to live an authentic life outside the church is amazingly large. It is like that scene in “127 Hours” where in order to survive, that guy viscerally saws off his own arm with a pocket knife. Even to me it feels like that. Like part of me was torn out or died when I left the church.

But fortunately, I did not lose my spouse. And she did not lose me. Leaving the church together was like one of those intertwined trees, where two independent trees grow next to each other, with their own unique root structures and foundations. Two happy little trees. Then as environmental pressure hits while they grow, their trunks wind themselves around each other, their branches criss-cross through each other. Their bark blends in places and their roots become shared. Creating this beautiful new dual tree with both distinction and unity. Better than it was before. Better. Stronger. Faster. (Cue the “6 Million Dollar Man” theme music)

This is why, more times than I can count, Cindy and I will stop right in the middle of our conversation and say to each other, “I am so happy we got out together.”

I am also pleased that we got our kids out before the Indoctrination Engine of the mormon cult latched its hungry poisonous claws into them. Thankfully, many of their memories of the church have faded and they are progressing like normal healthy kids (as normal and healthy one can be, when they are part of my gene pool). Still, sometimes I wake up in the middle of the night in a cold sweat and wonder, “Did I get them out soon enough? Were they already damaged?” But I shove that to the side since what’s done is done. Now I focus on loving and supporting them as best I can. I don’t claim to be anywhere near the perfect husband or father. But I do love these little wildlings, heart and soul.

The Mormon Cult Left Me Wounded

Those who know me are aware (sometimes painfully) that I live an introspective life. I often reflect on who I am, what motivates me, what I believe, mistakes I’ve made, how to be better. It is not always a good thing since many times it ends in a Regret Spiral that leaves me balled up and shivering naked in a corner of the basement softly humming Lily Allen to myself.

In this case, retrospection about my exodus from the mormon cult is helpful and necessary. The more time has passed, the more I see how much I am wounded as a result of my time in the church. I am all sorts of busted up. Thankfully, some of those wounds have scarred over, and while I still see the effects of that damage, it is no longer affecting me.

I have wounds from my time in the church. Some were directly from the church indoctrination, the twisted teachings, toxic culture, and frankly some pretty messed up individuals. These wounds are real, and they hurt like crazy. I also certainly have damage that was self-inflicted. Yet that too was heavily driven by the church’s thought and guilt control. The abusiveness of the the organization, the open deception, the betrayal and exploitation, the absolutism and conformity, the suppression of individual thought and free will. I am working to heal my injuries and have made good progress. Others will take more time.

Drawing Lines in the Sand

As I reflect on the state of religion and politics in our country, I have started to see an ugliness that has grown into American culture. Or maybe it was always there and I didn’t notice it, or was willfully ignoring it. There is a hate I have never seen before. It is everywhere. I have never experienced a time where Americans were so openly racist, misogynist, homophobic, unempathetic, and angry.

Are these attitudes new, growing like weeds over time into something dangerous? Or have they always been there, bubbling just below the surface of our nation’s social contract? Has this level of racism always existed in our country? If so, why is it only NOW that it has torn through the surface of common decency and projectile vomited its ignorant hatred into the eyes of America? We had actual Nazi rallies. HERE IN AMERICA! Where is the outrage of a nation who lost nearly half-a-million soldiers fighting the Nazis and their allies? Not only did they have rallies (where they actually killed someone protesting their hate), but America stood by like it was no big deal.

Donald Trump is the most ridiculous and dangerous person in the world, perhaps in the history of the world. Look at the statistics of the 2016 election and you will see a large and measurable racial bias in the people who voted for Trump. While he is openly racist, he is not the cause of this new abject racism. He is a large orange symptom of the racism that has corrupted our nation like a flesh-eating disease.

He says whatever nonsense pops into his bulbous head. No forethought, no filter. He is like your wildly racist uncle who shows up at your BBQ with an arsenal of conspiracy theories and racial epithets. Trump is not a good person, but through the help of millions of the most misled people on the planet (and the Russians), he is in a position of authority which far outstrips his capabilities.

So when Trump (the person in one of the most powerful positions in the world) says racist, misogynist, anti-LGBT things, when he guts EPA protections, or kicks out devoted trans soldiers, or sabotages healthcare, or lets Puerto Ricans die, or financially benefits from being the president, or takes dozens of golf trips (coincidentally to places he owns, once again financially benefiting), or gives tax cuts to billionaires while increasing taxes for people who struggle to just make ends meet. Or when he implements racially and religiously driven immigration bans, or when he brags about sexual assault by grabbing women’s genitals, or when he makes fun of the disabled, or undermines gold star families and war heroes, or when he alienates our world allies and pulls out of successful deals and treaties, when he gets into dick-measuring contests with rogue nations who can nuke our allies, when he is building a wall whose only purpose is to keep out “the brown people”, when he picks twitter fights over immature nonsense. When he criminally colludes with a foreign nation to get elected, then abuses his power to cover it up.

When he spreads hate, divisiveness, and a lack of respect and human decency.

When Trump does those things, and behaves like such a deplorable human being, it lets his angry ignorant supporters off their leash. He says to the world, “It is OK to act like me.” He represents the Republican party who are willing accomplices to his behavior and criminality. Trump has opened the door for the deplorables to walk right through.

To all within the sound of my voice (or in visual range of this post). If you think Trump is a good president, if he represents you and your beliefs, if you think his behavior is acceptable… your ideals are so far away from mine that I’m afraid we are not really friends anymore.

And as long as we are drawing lines in the sand, let me draw another one for you.

In the wake of the recent Vegas shooting, and dozens more dead due to a nutjob with military-style weapons, a common sense conversation needs to be had about gun control.

To my pro-gun advocate friends, I ask you a sincere question:

What is your number? Your body count number? How many dead people do there need to be from shootings before you will admit it is time to implement some common sense gun control measures like banning military-style assault weapons and implementing gun registration? Tell me what your limit is.

Because if your answer is “there is no limit”, which means there is no amount of dead bodies that will make you rethink gun control. You will tolerate ANY amount of dead bodies and call it the Price of Freedom. That attitude is so removed from reality, that I find it difficult to even take it seriously. That much disdain for humanity is mind-boggling and disgusting.

If you have no limit to how many dead people you will tolerate before you will discuss increased gun control… your ideals are so far away from mine that I’m afraid we are not really friends anymore.

The simple fact is, we have already drastically exceeded the dead body limit of a reasonable person.

Gun control rules that must be implemented immediately:

This is a solid common sense approach. No civilian needs military-style weapons, no one with mental illness should own a gun, and every gun should be tracked. One place we could start would be to implement the same methodology we use for car ownership. Take a class, pass a test, register your weapons, get regular weapon inspections, regularly renew licensure.

In the end, if we somehow survive Trump America (either through impeachment or the 25th amendment, because our nation will NEVER survive anywhere near 4 years of him), then we will need to rebuild what he and his Republicans destroyed. Given the events of the last year, I think a solid case can be made that no Republican can or should be trusted in political office again. You were given the keys to the Vette and you crashed it. You are politically grounded, go to your room.

I wonder where I will be in a year. Will I be living in a nuclear winter after Trump gets us nuked? Will the mormon church finances finally be opened or investigated so we can expose its duality and criminality? Will Leah Remini branch out and do a mormon cult exposé? Or will a reinvigorated society bitch-slap the church into stopping their rampant anti-LGBT? Will the membership of the cult throw off the shackles of their oppression and become the compassionate and loving force-for-good it could and should be?

I wonder what I will be typing a year from now. I hope it is something funny.