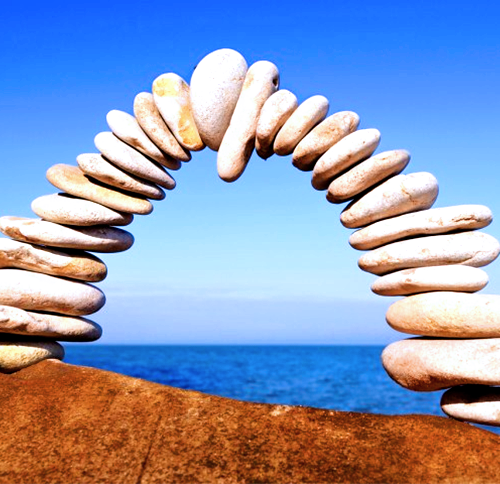 This year was turbulent and trying, tumultuous and terrifying, transitional and transformative. Here are my top 6 takeaways from 2017:

If the ridiculous and criminal acts of Donald Trump, and an incompetent greedy Republican congress have taught me anything: It is that I can’t be content in the moment. I can no longer sit on the sidelines and let other people play, assuming my side will still win the game. Now that a frothy, ignorant, racist mob elected a cartoon villain clown as president, we have to hopelessly watch him dismantle every good thing that makes America truly great.

To make sure that this destructive idiot and his henchmen lose their power, we must:

GIMME! MINE! ME! WAAAAAAAH! YOU’RE MEAN! I WANT! I HATE YOU! MORE! WAAAAAAAAAAH!

I am more and more convinced every day that Trump is intoxicated most of the time. Listen to his rabbit-hoppy sentence structure, taking us from disconnected topic to disconnected topic, repeatedly repeating himself in a repetitive manner, with questionable grammar and syntax, and copious amounts of steamed-over horseshit-esque lies. Like the drunk guy at the end of the bar.

He lies without hesitation or reason. He lies about ANYTHING and EVERYTHING! Just like a kid caught stealing from the cookie jar, his lies are obvious and silly. “NINJAS broke in and stole the COOKIES!” he might declare with the lie written all over his face. Unlike others who theorize that Trump believes his own lies and is wrapped in some kind of fantasy cocoon of lies, I think he lies overtly and fully aware. He knows he is lying. He just thinks that the sheer audacity (and perhaps volume) of his lies will smother any controversy, and change the subject. The conversation becomes about the LIE, instead of what he is trying to cover up. No matter the issue, Trump calls it fake news, and says it is just an excuse Democrats use for losing the election. He might just as easily have said “Comey and Hillary are lovers and secretly fathered Justin Bieber in a rainbow-filled volcano on Mercury.” A massive lie either way and suddenly everyone is talking about TRUMP LYING! They are NOT talking about the original issue anymore.

It is a “look over there” technique and it is not an accident.

Republican Congress: These dickbots let Trump run slipshod over everything good in America in the name of passing their regressive agenda. Seriously pick anything good in America and these sunsa bitches are trying to repeal, overturn, repress, or sabotage it. And after all the damage Trump has done, for them to start saying he is president of “exquisite leadership” and “extraordinary accomplishment.” That is some supremely revisionist dick-sucking happening right there. Of course, they know exactly how useless of a mop-handle Donald Trump is. But he will sign their regressive travesty of a tax bill, as long as they get their kneepads out. There is not even a decent human being among them. Bunch of opportunistic sycophants.

Republican Cabinet: When you are hiring someone for a job, ANY job, you typically look for the most qualified, most experienced person you can find. You hire the best people you can afford, people who can do the job with efficiency and professionalism. Trump seemed to have said to himself, “Hmmmm… Who are the least qualified people I can put in my cabinet? Who has the least direct experience and would HATE the department I’ve put them in charge of?”

You don’t hire non-educators to run the Education Dept. You don’t put people with no experience in urban development IN CHARGE of your department of Housing and Urban Development. You don’t put inexperienced Anti-FCC and Anti-EPA douche-knuckles in charge of your FCC or EPA. A president has the world at his feet when looking for job candidates to run the most powerful and influential departments in the world. Almost anyone would love to be a cabinet head. You find someone who has decades of experience, who understands issues, understands their people, can be a leader, and can act like a professional.

Anyone can pee on the Mona Lisa, but you want to find someone who can PAINT ONE. Seriously, his cabinet contains the most inexperienced, most unprofessional, most incompetent people imaginable. (Kinda like Trump himself, but I digress).

All Other Republicans: You guys did this. You voted him into office, and gave control of congress to a bunch of squirrel-brained inbreds to tear apart the good things in our country. And they won’t remove Trump as they should. You voted Trump in, or have since hitched your wagon to his syphilis-ridden goat of a presidency. If you support him — after EVERYTHING he has said and done — you are exactly like him. You support ideas that are disgusting and immoral. You choose him because he is on your team, and he “won”. Screw everything else. It is more important to be on the winning side, than doing what is best for our country. I’m sorry, but that makes you a person of terribly poor judgment and character. I would not trust you to clean my gutters.

These folks have turned into the biggest bunch of hypocrites around. They profess such high moral standards as defenders of christianity, but they don’t believe in the teachings of Jesus at all. They are the antithesis of christianity.

Even my mormon family and friends who voted for McMullin (or claimed to so people wouldn’t give them a WTF look), now completely support Trump as some kind of political messiah. Or worse, they may not support Trump but REMAIN SILENT. This lets Trump’s angry disease wash over the country in an ocean of lies and hatred. They let Nazi rallies happen, they let nutjobs gun down dozens of people with assault rifles, they let poor people get screwed over, they allow lie after lie after lie after lie. Staying silent, they are complicit.

Hey mormons and evangelicals, if you stand by silently and let him do this, you are PART of it. If you endorse it, you are NOT christian.

5. When People Make Mistakes, They Double-Down

A book that changed me forever was “Mistakes Were Made But Not By Me” by Carol Tavris, which taught me about how people form their belief systems, why people make decisions, and how people deal with conflicting ideas.

One concept to understand is “Cognitive Dissonance”, where a person is confronted with an idea that directly contradicts a core belief. For a time both of those ideas co-exist in a person’s mind causing a state of “invalidation”. This state of Cog Dis is so uncomfortable that a person MUST resolve it in order to repair this conflict of incompatible ideas. An example of this is if a person strongly believed that All Cars Are Blue, but then walked into a parking lot full of cars in a wide variety of colors. A solid belief meets incontrovertible evidence, causing Cog Dis in their mind.

How does someone typically resolve this invalidated state and eliminate the Cog Dis?

Old Belief: A person voted for Trump because they thought he was super awesome!

New Evidence: Trump is a colossal mistake of earth-shattering proportions in every way possible.

How They Attack the Messenger:

None of these address Trump’s words or behavior, they attack those mechanisms which expose Trump as a YUUUUGE mistake.

How They Minimize the Importance:

This is a way to reduce the Cog Dis. If it is not so important, it is ok if your belief is proven wrong.

This How They Double-Down:

Which is what I see most Trump supporters doing.

All you have to do is look at how some so-called moderate republicans went from non support or weak support to MASSIVE support. Evangelicals and mormons went from “He is not great” to “He is the embodiment of our Lahrd and Savyer JuHEEESuhs CuhRIST.”

Let’s use Walter White from “Breaking Bad” as an example. In the first episode Walter would NEVER have committed crimes as tough as drugs and murder. He was a good and decent man. But in increments, he paid more time/energy/blood into his drug empire, little by little, just a bit further, one more step. Over time, he became an awful human being. This is driven by sunk costs. You have already gone THIS far, what’s one more step?

You have to justify to yourself how much time, energy, support, and blood you have given to a belief. Fastest way to do that is to pour MORE and MORE and MORE into it. This is why people who were lackadaisical Trump supporters at first, are now full blown MAGA-hat wearing Trumpsters (mormons, I am looking at you). This is a visible sign to everyone that you must not have made a mistake at all. Look how much more you are into it. Take a look at the movie “The Money Pit” for further instruction.

People who supported Trump, or are luke-warm to Trump need to follow that last method for resolving Cog Dis. Re-evaluate your old belief based on new evidence, and CHANGE YOUR BELIEFS.

6.To Move Forward, Let Go of the Past

This year I identified those people who kept me stuck in my past and kicked them to the curb. Not out of malice, but simply so I could move forward. Some of those people were toxic, some made me feel bad about myself, some just held me back. Dead weight. I let some of them go.

I identified some attitudes that had to go. I worried so much about what people thought of me, that I was paralyzed into indecision. Don’t want to offend people, so I couldn’t say what I really believed or thought or felt. Couldn’t criticize someone’s culty religion because they might shun me. Like playing “The Floor Is Lava” but with an actual floor of lava. And bees. Had to eliminate some of that damaging thinking. This is why in 2017 I was much more vocal (and probably caustic) than I used to be. Given the amount of family and friends who have gone suspiciously silent, I think this change has been noticed.

Mostly, I needed to let go of some of me. Goodbye to the critical inner voice telling me I can never be whole, or be enough. Not worth loving or valuing. I often felt like an imposter: winging everything, projecting an impossible level of perfection. Who could ever love someone so flawed and broken? This part of me, I let go. Maybe not all of it, maybe not as much as I need. But it was enough to start feeling better, more solid, more together. More like me.

To my 2018 self, I make these recommendations: