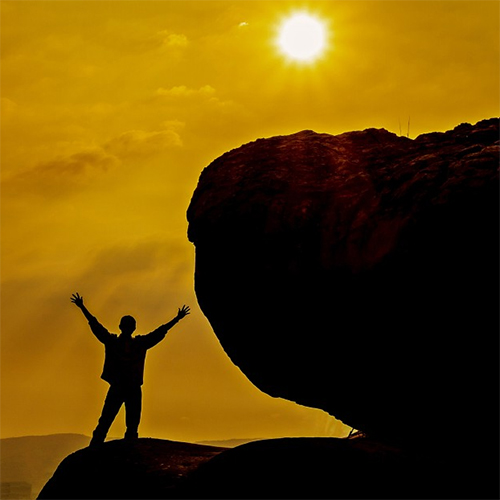 It has been 8 years since we escaped the mormon church. I raise a toast of The Devil’s Brew™ to Cindy, Miri, Raven, and Damon who made it out with me intact and seemingly undamaged.

It was like being born into and subsequently trapped in a lightless room for your whole life. It was all you knew. It framed your world view, everything dulled and dimmed by the oppressive darkness. Everyone stuck in the room with you kept insisting it was the One True Room and how awesome everyone is for staying in it.

Opening the door and walking into the light is warm and bright. You don’t realize you’ve been trapped, been controlled, been swindled until you see the world in its full brilliant color and clarity. You look back into the doorway and see the dank, murky room. It seems so small now, but you can hear the people inside still repeating it is good and right, and all you will ever need.

I can still hear the conversations from inside the room with echoes about:

“The word mormon is a victory for the devil!”
Although the church has been using the term “mormon” for almost two centuries including every church leader from Joseph Smith onward, and despite the millions of dollars spent on movies, web sites, and advertising campaigns to promote the word, and how every member was “encouraged” to make an I’m a Mormon profile. But somehow NOW it is suddenly satan’s plan.

“2-hour church is the One True Schedule”
Which unfortunately is a dead giveaway that church members are so non-rejuvenated and unedified by church that they openly cheer for less of it because it is a burden they suffer, not a time they celebrate.

“Social media fasts for our precious (i.e. second class) women”
It is not a coincidence that with conference, they supress the natural reaction and conversations by their women. Can’t let the women have an open voice, can’t let them out of their gilded cages. And the men were so condescending about it. “See how you feel” they said implying that women using social media is somehow a flaw, or a contributor to the high level of anti-depressant usage among mormon women. It’s not that you are forced to live in an oppressive religion as a second-class citizen. Can’t be that. It MUST be a flaw in your behavior, your character.

“Gays are still totes evil”
Doubling down on hateful and damaging rhetoric which leads to insanely high teen suicide rates, but yeah you guys keep on hating.

“Weed will melt your face off and fill your intestines with bees”
Which the church insists is a moral fight and certainly super duper totally not to protect their nearly 1 billion dollars in pharmaceutical stocks. Pinky swears!

The conversations are as small as the room.

Out here in the light of the real world are lively conversations about life, love, passion, science, enlightenment, progressing as a society, taking care of all people, stopping people’s pain, believing people who’ve been hurt, climate change issues, fighting the good fight against racist misogynistic oppression groups (Trump, GOP, mormon church), fighting an ever better fight FOR the rights of the disenfranchised, experiencing the vibrant jubilant freedom that comes from throwing off that shackles that once held you down mentally, intellectually, spiritually and emotionally.

Out here you grow and flourish. Out here you blossom in ways you could not imagine back in your tiny inconsequential room.

It is better out here.